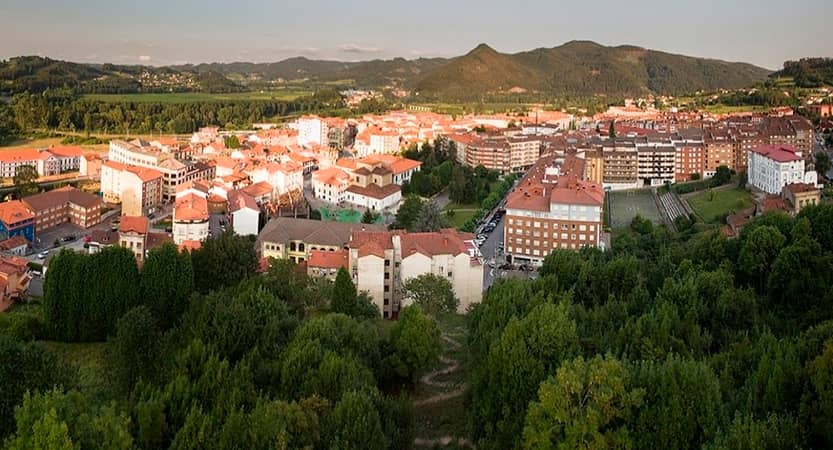 Pravia might not be among the top places to visit when people decide to come to Asturias, in Spain, but after you read this, I am sure you will include it on your bucket list.

Perhaps you have heard about Pravia because a famous Spanish Soap was named after it “Heno de Pravia”, but this small village is much more than that. Famous Spanish lawyers and journalists were born here, even Braulio, a man who came back from the USA on the 70´s claiming he was Rock Hudson´s father, was born here.

Inhabited since the Lower Paleolithic, Ptolomeo named it Flavium Avia on the second century, but it was not until 774 when the place reached its historic splendour because King Silo established the court of Asturias Kingdom here.

When you arrive in Pravia, the first things you discover are its gentle mountains and fast flowing rivers, Nalón and Narcea, where the salmon is the King and the best “Asturian Fabes” are harvested thanks to their waters.

Because of its history, in Pravia there are a lot of things to see, such as  Castro de Doña Palla from the Paleolithic Era; the wall paintings from the  XV-XVIII century in San Miguel de Luerces, and Santa Maria de Quinzanas Churches; the medieval Tower in Arango; or  the Indiano Palaces, that belong to migrant  Asturians returned from America, in Somao and Prahua.

But, for sure, the most remarkable place in Pravia, is its historic centre, where you can imagine how people lived on the XVIII century. It is a must to visit the Village Hall and the historical complex of Sabino Moutas Square, with Las Casas de Los Canónigos, in front of the Collegiate church and close to Sabino Moutas Palace.

But…of course, the most important landmark of the village is San Juan Apostol y Evangelista Church in Santianes, the oldest of all Pre-Romanesque churches in Spain, and essential to understand the history of Asturian Kings and Queens.

If you are interested in Nature and active tourism, Pravia offers a lot of easy and accessible routes like “Los Marineros”; “Narcea” or “Valle del Aranguín” and natural viewpoints like Monteagudo, La Peñona or Cueto, where the landscapes are more than just breathtaking.

During the summer, there is an extensive repertoire of patron saints and pagan festivals like, Corpus Christi, when the streets are decorated with colourful floral carpets, and Santísimo Cristo and Nuestra Señora del Valle festival, when there is a whole array of activities for the enjoyment of all visitors.

But what it is essential for the “Pravianos”, and when you will really get the grasp of its essence, is during “El Xiringüelu”.

The first Sunday after the first Thursday in August, thousands of pilgrims or “romeros” gather around a table full of food and Asturian Cider and it feels like everybody belongs  here, no matter where you are from, that day, we are all from Pravia. But this is difficult to understand if you have never been to Xiringüelu.

Another reason why you should come to Pravia is because its delicious traditional cuisine where apart from tasting the famous Fabada, Cachopo (two large veal fillets with ham and cheese) and Cider, you can also enjoy local specialties like Boroñinas de Pravia (made with hazelnut, butter, sugar, cornflour and eggs), and Rey Silo Cheese, awarded with several prizes.

So, if you are planning a summer getaway, come to Pravia! It is the perfect place to discover.