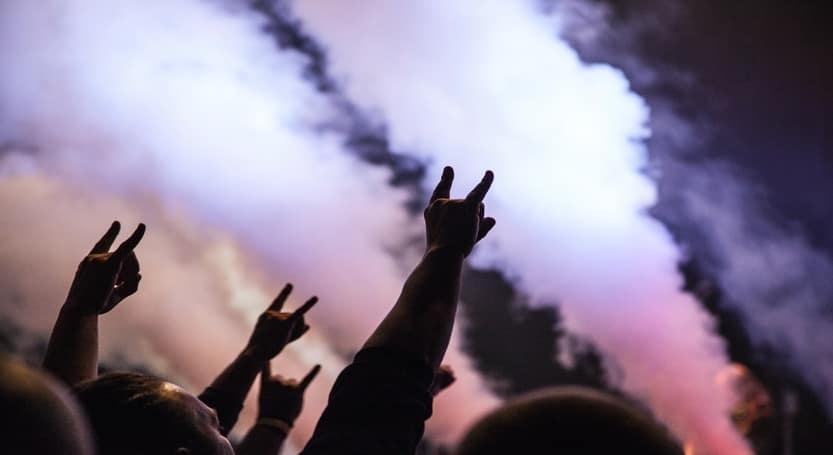 It is well known that, singing in English is a good way to be exposed to new vocabulary and can help us with our intonation, even it is good to sound much more natural when we speak. Of course, I am sure you still remember songs from your childhood. Probably, you remember even the lyrics. Then, why don’t we use music to memorise new vocabulary and learn English?

Today I bring you a karaoke post that, as I said before, will help you to improve several skills at the same time. The band that I show you might seem aggressive or even bombastic and excessive with some songs , but the fact is that sentimentality is always present in their music.

I would also like to warn all you that not all the songs that I bring you today are the best for learning English, but I also wanted to show you new music groups. Who knows! maybe you will become one of their fans.

Epica is a Dutch symphonic metal band, founded by guitarist and vocalist Mark Jansen after his departure from “After Forever” due to creative differences. In early 2002, he began looking for musicians who would work towards a more classical/symphonic type of music project; this was initially named “Sahara Dust”. In late 2002, the band courted Helena Michaelsen as its frontwoman, but shortly after she was replaced by the then unknown Simons who was seventeen at that time.

Simone Johanna Maria Simons has released eight studio albums and touring the world with this band since 2002, and a lot of water has flowed under the bridge since then. In her singing career, she has also collaborated with bands such as Kamelot, Leaves’ eyes Primal fear, Ayreon and Angra. Besides, let us remember that she is a mezzo-soprano with a voice range of 2.8 octaves.

Epica was formed as a symphonic metal band with gothic tendencies, but later, incorporated into their sound strong death metal influences and quickly gained attention outside their home country, taking big steps towards becoming the leading symphonic metal superpower they have long proven to be all the while. Currently, Epica performs a blend of symphonic metal, progressive metal, gothic metal, thrash metal, melodic death metal, symphonic black metal and, more rarely, folk metal and power metal.

“The Phantom Agony”, 2002-2004, is the first full-length studio album by Epica released in June 2003, where we can find a song that deal with the dangers of organized religion.

The following song, Façade of reality, is inspired by September 11 attacks. And although it is not one of the best songs to learn English, I would like to show it to you. Check below for more useful songs.

Enjoy “Run for a fall” song

After their debut in 2002 many other successes followed, 7 to be precise.

This song is easier to follow than the previous one.

“The divine conspiracy”, 2007-2009, is their third full-length studio album that was released together with their first tour. The concept that guides the songs of this album is that God created many different religions for humanity, to figure out and overcome them, so as to discover that, in nature and essence, they were all in fact the same one.

One of my favourite songs is “Design Your Universe”, for which the album is named, which is the VI part of the above-mentioned saga. But I won’t show you this song because although it starts off slowly, distorted guitars and throaty vocals soon appear, blending once more with the melodies of Simone and the orchestra. Remember, it is Metal.

The following amazing song that I will show.

For me, one of the best songs on this album.

“Requiem for the indifferent”, this album was released in 2012 and it is inspired by such factors as the enormous tension between different religions and cultures, wars, natural disasters and the financial crisis.

In that same year, the band celebrated their 10th anniversary with a concert called “Retrospect”, that was held in Klokgebouw with a 70-piece orchestra, choirs, international guests and many special effects, incorporating copious amounts of choral work and classical arrangements into the band’s neatly established blend of goth, progressive, power, and symphonic metal. I am sure, you will identify some known melodies.

The two following videos do not have subtitles, but I had to show you because the sound is amazing even being a live show.

“The quantum enigma” that was released in 2014, considered as one of their best albums.

“Where Retrospec reflected on the first decade of our career, we’d like to think The Quantum Enigma marks the beginning of a new era, where Epica sounds heavy, modern and without compromises.

“The holographic principle” was released in 2016.

“The band used more real, live instruments than in previous albums…this album is one of most ambitious works to date”

“Omega” is their 8th album and the last one for the moment. This album was at risk of being delayed but eventually, it was released in 2020 at the height of the COVID-19 pandemic.

And how could it be otherwise, here is one of my favourite songs of this album. Besides, it is easy to follow.