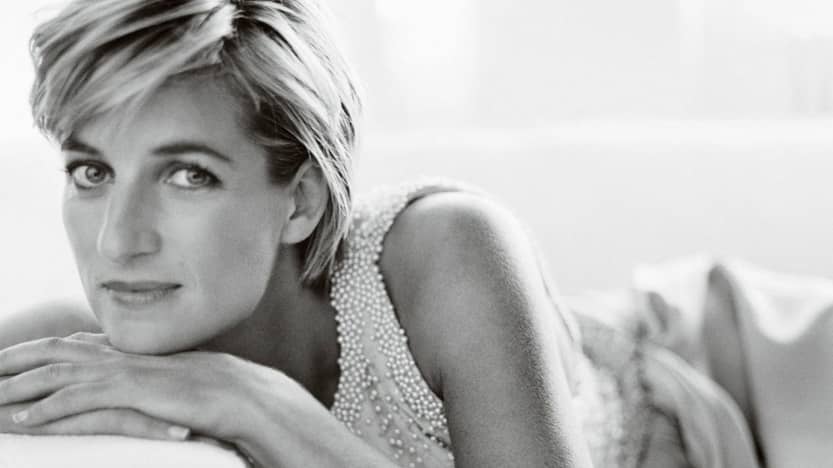 Almost a quarter of century after her death, Diana Spencer still occupies an important place in the British awareness, maybe due to her tragic story. But believe it or not, twenty-four years later the ghost of the princess has not left Buckingham Palace and Diana remains one of the most iconic members of the royal family.

She would have turned 60 this year.

Diana Frances Spencer was born 1st July 1961 in Sandringham, Norfolk, England, into an aristocratic family and grew up close to the royal family. She was the third child and youngest daughter of Edward John Spencer and his first wife, Frances Ruth Burke Roche, who eventually ended in divorce when Diana was a child. After studying at an exclusive boarding school for girls, she returned to England.

In 1981, while she was working as a nursery teacher’s assistant, she became engaged to Prince Charles, the eldest son of Queen Elizabeth II. Her beauty and shy demeanour, which earned her the nickname “Shy Di”, made her an instant sensation with the media and the public. It is widely believed that, Charles’ proposal of marriage was presumably provoked by yellow press insinuations about an unsuitable liaison between them.

Their wedding took place on July 29, 1981 at St Paul’s Cathedral and made her Princess of Wales, a role in which she was enthusiastically received by the public. It was a globally televised ceremony watched by an audience numbering in the hundreds of millions.

The couple had two sons, William in 1982 and Harry in 1984, who were then second and third in the line of succession of the British throne.

Diana rapidly evolved into an icon of elegance and glamour and used her celebrity status to aid numerous charitable causes. People felt Diana was down-to-earth.

But her marriage soon becomes a nightmare, a soap opera, since behind the scenes, marital difficulties and health problems were growing. She struggled with severe postnatal depression and eating disorders maybe because of tidings of rifts with the Crown about her outfits and figure, and undoubtedly, her time in palace became her one of the most persecuted and photographed people on Earth up to her death.

They separated in 1992, soon after the breakdown of their relationship became public knowledge, all this amid mutual recriminations and admissions of infidelity on both sides.

During that year, British royal reporter Andrew Morton wrote a devastating account of the breakdown of the marriage of the Prince and Princess of Wales, where she described her difficult life among the royals and revelling that her husband had been having a long-term affair with Camilla Parker Bowles. This book was called DIANA Her True Story.

And naturally, you can also watch the whole story of the royal family in a series called The Crown. Are you interested in true events, period dramas or British culture? If so, this is your chance to enjoy a hobby while you are learning a language. In my opinion, it is an excellent way to improve your English, although most of the characters speak with upper received pronunciation (URP). However, it is such a clear accent that it is really useful to practise your listening skills and a great opportunity to sound more sophisticated. Besides, you will be able to know more about Diana’s life in the 4th season. According to Andrew Morton, Corrin’s Diana, the actress who gives life to Diana, is more sophisticated than the actual princess and displays more feminine guile.

I think Emma Corrin’s performance is far and away the most accomplished and realistic portrayal of Diana I have seen.

In addition to that, on the evening of November 20, 1995, the BBC broadcast a fifty-five-minute interview with Diana, on “Panorama,” its flagship investigative-news program. That was “the interview of the year”, conducted by Martin Bashir and at the present day is not free of controversy due to it was realized in a knowingly malicious manner.

After prolonged negotiations that left Diana with a substantial financial settlement, £17 million in cash and £400.000 a year, but without the title Her Royal Highness, the couple’s divorce became final on 28th August 1996.

Nowadays, and due to Diana’s experience, the UK has one of the toughest privacy laws in the world. Have you heard anything about the Queen’s action against Megan and Harry, The Dukes of Sussex?

According British media, the Queen is really fed up with the attacks aimed at the Royal family by Harry and Megan. Let’s not forget they left Buckingham Palace or their infamous interview with Oprah Winfrey where the claimed concerns were raised about the skin colour of their son. But the next release of a literary memoir by The Duke of Sussex, which it is scheduled to be published in late 2022, has been the straw that broke the camel’s back, which surprisingly will coincide with the Queen’s platinum jubilee. What a coincidence!!

I’m writing this not as the prince I was born but as the man I have become the Duke of Sussex.

The Duke of Sussex

On 31st August 1997, Diana, Princess of Wales, died from the injuries she sustained in a car crash in Paris. This accident is surrounded by a halo of mystery which has persisted ever since.

Clik to practice your English with this video

The royal family had to break with tradition in arranging the internationally televised royal funeral due to her death, caused an unprecedented outpouring of public grief in the United Kingdom and worldwide. In fact, then-Prime Minister Tony Blair, called Diana “the people’s princess”

People everywhere, they kept faith with princess Diana, they liked her, they loved her, they regarded her as one of the people. She was the people’s princess and that’s how she will stay, how she will remain in our hearts and in our memories forever.

Clik to practice your English with this video

Millions around the world watched Diana’s funeral service at Westminster Abbey and she was buried on an island in the middle of a lake called The Oval, which is part of the Pleasure Garden at Althorp in a private ceremony.