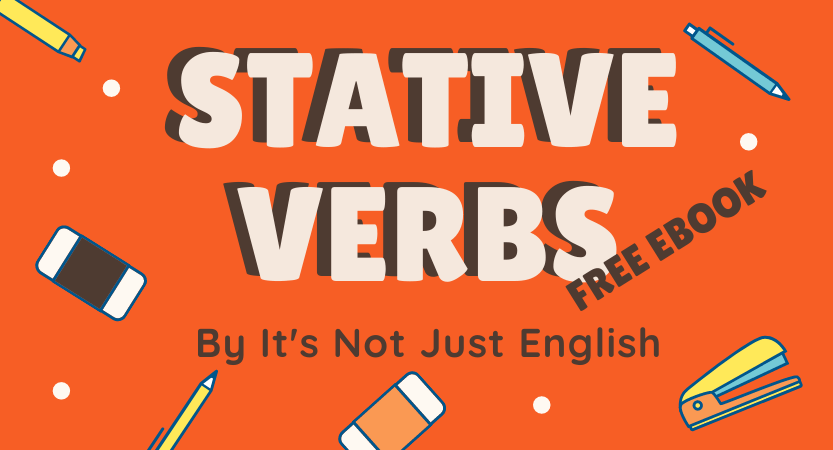 Photo by It's not just English

As it was previously commented in Irregular Verbs Ebook, all languages have their own difficulties and in relation to verbs, Spanish language is one of the most difficult ones. In this, English learners are fortunate because English verbs may be less complicated than others. Of course, I don’t mean that English verbs are an easy task, but in contrast to Spanish language, we don’t have to learn 23 different verb tenses.

In case you didn’t know, English verbs which cannot be used in continuous tenses are called state or stative verbs. Normally, these verbs describe a state unlike dynamic verbs, that describe actions.

The main goal of this ebook is to have a quick reference of this kind of verbs at a glance. Their different forms, infinitive, past and participle with their own meanings. Besides, you will be able to know if that verb has a specific verb pattern. EVERYTHING AT A GLANCE.

Little by little, this list will grow and I do commit to uploading the new version as required (you can see the version on the cover). Remember that you will be able to download the PDF file to replace the previous one.

What more could you ask for?

Hi Mates! Some time expressions that help you to u

Hi Mates! Now, this verb tense to practice the tim