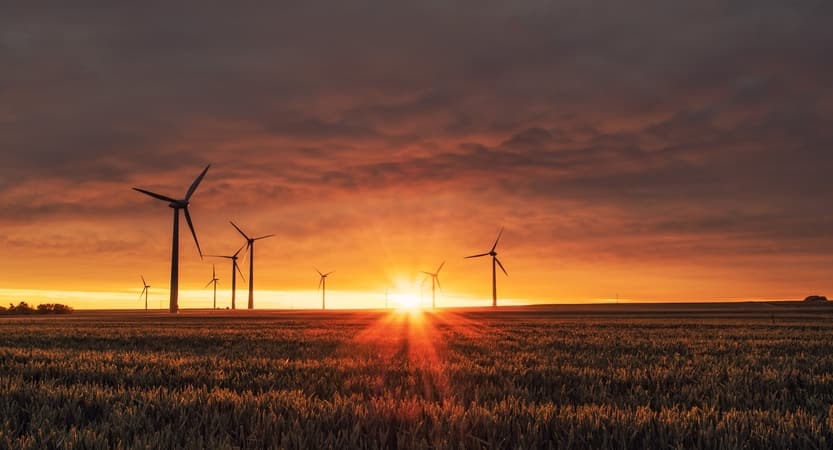 Photo by Karsten Würth on Unsplash

Today, I am going to show you an example of speaking exam in which, I make an introduction and I try to organize it in different paragraphs. Regarding the topic, I’ll use one of the most recurrent ones at the EOI’s, Environmental problems.

Besides, the format of this example is readily applicable to other topics. You know, you have a little time before the exam to prepare it, only few minutes, and I recommend you repeat this process with all the topics you can.

Remember! At the end of this post, you will find information about how I organize my speaking exam.

On that occasion, I had to talk about “Environmental Problems”. Talk about the most important effects we face nowadays. All those issues that can affect our planet, our country and our city.

This is the script…

Hello, my name is Aixa. I worked as an Accounts Assistant in the past, but now, and due to the current circumstances, I am unemployed, and I really need to pass this exam to get a new job. The topic that I’ve been given today is Environmental problems.

And I am going to start this speech talking about the main environmental problems in our world. Because our environment is constantly changing and as well as the rest of the world, Spain is suffering a massive influx of natural disasters, warming and cooling periods, different types of weather patterns and much more, and people need to be aware of the types of environmental problems that our planet is facing, because we are really vulnerable to disasters, now and in the future.

For example, global warming, GW has become an undisputed fact, and we are definitely part of the problem. However, GW is not the only environmental problem that we should be concerned about. We are facing a lot of environmental problems. Some of them are small and only affect a few ecosystems, but others are really important. For instance, pollution.

There is a lot of pollution in the world, caused by the number of cars, industries and factories which are releasing a lot of gases and toxins like CO2. And scientists have different points of view about this. But one thing is clear, we have to reduce our carbon footprint.

But in my opinion, we are barely scratching the surface, because we can also find other environmental problems like: overpopulation, waste disposal, climate change, loss of biodiversity, deforestation, among others.

And now, I am going to continue talking about Spain, because we have our own environmental problems as well. For example, air pollution which as I said before, is caused by cars and factories, which release gases and toxins into the atmosphere, and it is responsible for at least 7,000 deaths every year.

Another problem in Spain is deforestation, caused by the farming activities, urban sprawl, among others.

And the last one is water pollution which is produced by putting waste in rivers, lakes, oceans and so on.

And now, I’d like to talk a little about Madrid. Because reducing the rampant pollution and waste disposal are two of the most important environmental problems identified.

To reduce the pollution, Madrid City Hall took a historic decision. Depending on the levels of nitrogen dioxide in the air, they prohibit the entry of vehicles in the city center with license plates ending in an odd or even number, that depends on the day. Other important decisions are: speed limits on access routes into the city and a ban on parking in downtown.

And what about the waste disposal, well, to solve this problem, Madrid set up several places like Colmenar Viejo, Alcalá de Henares, Pinto or Valdemingómez, but even so, Madrid has a lot of problems due to urban sprawl, because there are a lot of new cities on the outskirts of Madrid and too much trash to deal with.

And finally, I am going to conclude making a controversial question, what can we do to help the environment?
Well, over the past 10 years, Spain has created new laws and departments to protect the environment, even, to reduce the impact of the transport, tourism, agriculture, construction sectors and so on. And although Spain has got a bit behind with its responsibilities, nowadays it’s getting over it. Besides, there are also several groups around Spain which put pressure on governments to protect the environment.

In my opinion, people are aware of recycling. Everyday there are more and more people who want to give the best of themselves, who are more interested in where, what, when and how can recycle, even children receive a lot of information at school about recycling from a young age.

How I organize my speaking exam.

First of all, I start my speaking exam introducing myself, giving my name and some aspects about me. This gives me the opportunity to start the speech, how come? Well, the beginning is the worst part in a speaking exam, at least for me. I am always afraid to get blocked and if I have something prepared, I don’t find it so difficult. I usually begin with something like that;

Hello, my name is Aixa, I worked as a/an blabla in the past but now I am unemployed and I’d like to pass this exam to get a new job. The topic that I’ve been given today is learning languages or gentrification or whatever…

And I have already spent 30 second…

After that, I divide the speech in paragraphs, depending on the points I have to cover. I try to start all the paragraphs with the different introductions which I have highlighted and shown in bold.  All these tricks help me to make a structure of the speech. I know that there are a lot of people who don’t need to do something like that, but I really get nervous in an exam and I need to do all this process to be more confident.

I recommend you repeat this process with all the topics you can. Remember that you only have a few minutes to do this in an exam.

I saw this trick in a YouTube video in the past and it has been really useful for me.

Besides, as you can see through my writings, I have some paragraphs that I use in different writings. That is because, I think it is a good idea to develop this kind of paragraphs to cope those moments when you are stuck. I addition, that is a really good opportunity to excel in vocabulary and pronunciation.

I hope this trick is really useful for you as well.

Good luck! or Break a leg!

How to write a letter-Structure

Why should we learn a new language?