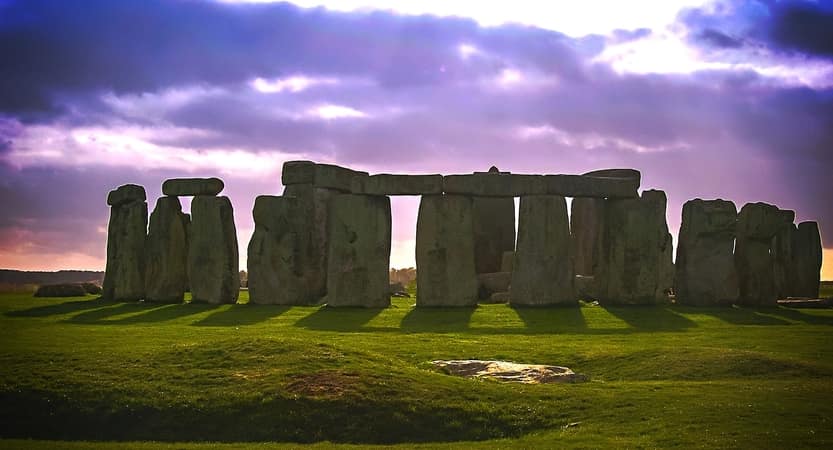 Photo by K. Mitch on Unsplash

As you probably know, Stonehenge is famous for its alignment on sunrise on the longest day of the year, in other words, the shortest night.

Summer Solstice takes place on 21st June and every year thousands of visitors gather at the Neolithic monument in Wiltshire, in England, to celebrate it. Although, this event was cancelled due to Coronavirus pandemic last year, we could enjoy it through the Internet. It was wonderful!

But, what makes Stonehenge so special?

According to certain researches, Stonehenge, that was set up in about 2500 BC, was carefully designed to align with the movements of the sun. Standing in the centre of the monument at summer solstice, the sun rises just to the left of a large standing stone outside the stone circle, known as the Heel Stone, seen through a gap in the outer sarsen circle. The event starts at sunset on June 20 and goes through sunrise on June 21.

It is believed that, the people who built Stonehenge were farmers and pastoralists and so the changing seasons would have been very important for them. So, Stonehenge is likely to have been much more than a simply calendar, these dates may have been important times of year to remember the dead, make rituals and so on.

It is highly likely that, in ancient times people gathered at Stonehenge to conduct rituals and ceremonies relating to the changing seasons. The longest day of the year would have perhaps been a time of celebration for them.

Unfortunately, the event has been cancelled for a second year, following a decision to extend Covid-19 lockdown measures. But not all the news is bad, since the sunrise and sunset will again be live-streamed on English Heritage’s social media just like last year.

If you want to Watch the summer solstice LIVE from Stonehenge, wherever you are in the world! visit ENGLISH HERITAGE ON FACEBOOK RIGHT NOW. Enjoy!!

We are in their hands.